The era of tsunami warnings began in the United States with Thomas Jaggar's (founder of the Hawaiian Volcano Observatory (HVO)) attempt to warn the Hilo harbormaster of the possibility of a tsunami generated by the 1923 Kamchatka earthquake. His warning was not taken seriously, and at least one fisherman was killed.

Official tsunami warning capability in the U.S. began in 1949 as a response to the 1946 tsunami generated in the Aleutian Islands that devastated Hilo. The U.S. federal government already had a sizable piece of property in ʻEwa Beach to house the Honolulu Geomagnetic Observatory. The Tsunami Warning Center was co-located with this facility, which is maintained by PTWC staff today.

PTWC issued tsunami warnings to Alaska until 1967 when the West Coast & Alaska Tsunami Warning Center (WCATWC) was established in response to the 1964 Alaskan earthquake and tsunami. In 1982, the WCATWC area of responsibility was enlarged to include the issuing of tsunami warnings to California, Oregon, Washington, and British Columbia for potential tsunamigenic earthquakes occurring in their coastal areas. PTWC continued to issue tsunami warnings to these areas for Pacific-wide tsunamigenic sources until 1996 when that responsibility was also given to the WCATWC. Note: As of Oct 1, 2013 the West Coast and Alaska Warning Center (WCATWC) changed to the National Tsunami Warning Center (NTWC).

Following the 1975 Kalapana earthquake and tsunami on Hawaiʻi's Big Island 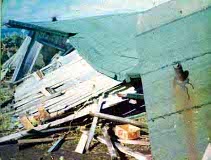 PTWC was re-dedicated on December 1, 2001 as the "Richard H. Hagemeyer Pacific Tsunami Warning Center" in honor of the former U.S. Tsunami Program Manager and National Weather Service Pacific Region Director who managed PTWC for many years.

In the aftermath of the 2004 Indian Ocean tsunami, PTWC has taken on additional areas of responsibility including the Indian Ocean, South China Sea, Caribbean Sea, and Puerto Rico & U.S. Virgin Islands (until June 2007). PTWC's staff size has increased from 8 to 15 as a result of the tsunami, and it now staffs the center 24 hours per day everyday. 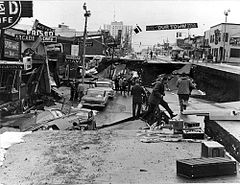 The Palmer Observatory, under the auspices of the Coast and Geodetic Survey, was established in Palmer, Alaska in 1967 as a direct result of the great Alaskan earthquake that occurred in Prince William Sound on March 27, 1964. This earthquake alerted State and Federal officials that a facility was necessary to provide timely and effective tsunami warnings and earthquake information to the coastal areas of Alaska. Congress provided funds in 1965 to construct two new observatories and establish a tsunami warning system in Alaska. The first observatory constructed was at the U.S. Naval Station on Adak Island in the Andreanof Islands in the Central Aleutians. The City of Palmer, in the Matanuska Valley 42 miles northeast of Anchorage, was selected as the site for the primary observatory due to its proximity to bedrock for instrumentation and to communications facilities. Construction of the observatory installations, the task of engineering and assembling the data systems, and the hookup of the extensive telecommunications and data telemetry network was completed in the summer of 1967. With the dedication of the Palmer Observatory on September 2, 1967, the Alaska Regional Tsunami Warning System (ARTWS) became operational.

In 2003, a new Tsunami Warning Center building was constructed in the yard of the original building. This new facility was the first LEED certified building in the state of Alaska, and within the U.S. Department of Commerce. LEED (Leadership in Energy and Environmental Design) certification is granted by the U.S. Green Building Council, and awards environmentally sensitive construction practices. This new facility provides upgraded power and communications capability, as well as office space for the expanded staff, assuring that the center will continue to provide quality products to the public well into the future.

Following the devastating Indian Ocean Tsunami in late 2004, the NTWC expanded its scope to the U.S. Atlantic and Gulf of Mexico coasts, Puerto Rico, the Virgin Islands, and the Atlantic coast of Canada. 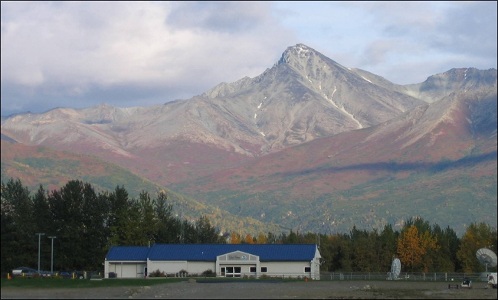